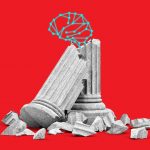 Last month, Stanford researchers declared that a new era of artificial intelligence had arrived, one built atop colossal neural networks and oceans of data. They said a new research center at Stanford would build—and study—these “foundational models” of AI. Critics of the idea surfaced quickly—including at the workshop organized to mark the launch of the […]