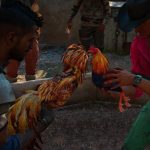 People for the Ethical Treatment of Animals, or PETA, has demanded the removal of a cockfighting mini-game included in Far Cry 6. Ubisoft’s newly-released first-person shooter brings players to the fictional Caribbean island of Yara, which is ruled by dictator Antón Castillo. Far Cry 6 features several animal companions which serve to add variety to gameplay, but PETA is […]