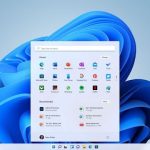 AMD chips are having issues on Windows 11 and the latest OS update has made the problems even worse. AMD and Microsoft previously revealed that Windows 11 was causing a reduced performance for AMD Ryzen CPUs for certain applications, with extreme cases seeing as much as a 15% performance hit. Microsoft revealed a software update […]