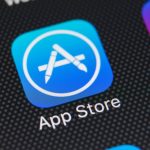 Apple has shot back at EU draft rules that would force the company to allow its users to sideload iOS apps on their devices. The iPhone maker has voiced strong disagreement with the proposal citing the prevalence of malware in the Android ecosystem, which it argues is a direct result of enabling side-loading of apps. […]