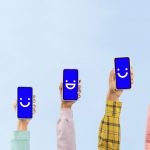 After customers of the Verizon-owned budget mobile carrier Visible took to social media to complain about hacking and fraud attempts, the company has now confirmed that security breaches were carried out on its users by hackers who obtained their credentials from “outside sources”. As reported by The Verge, the mobile carrier said that it is […]