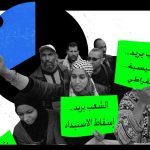 Facebook launched support for Arabic in 2009 and scored a hit. Soon after, the service won plaudits for helping the mass protests known as the Arab Spring. By last year, Arabic was the third most common language on the platform, with people in the Middle East and North Africa spending more time each day with […]