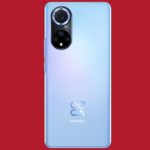 While the the Huawei Nova 9 was unveiled in September, back then it was only announced for China. Huawei has now gone ahead and announced the phone for the UAE, Saudi Arabia and the rest of the Middle East.  The Huawei Nova 9 has a lot of tempting tech inside such as a 6.57-inch 1080 […]