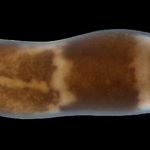 In 1961, Osamu Shimomura and Frank Johnson isolated a protein from jellyfish that glow green under UV light. Corals, too, can fluoresce in a wide range of hues, thanks to similar proteins. Now scientists at Harvard University have genetically modified the three-banded panther worm to enable the creature to emit a similar green glow, according to a new […]