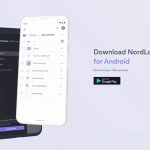 NordLocker has announced the launch of its new mobile wrapper apps for Android and iOS that allow users of its encrypted cloud storage service to bring their end-to-end encrypted files with them wherever they go. These new apps are a direct result of the company introducing its Web Access feature which allows its encryption software […]