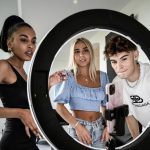 The way ByteDance does that could be by following in the footsteps of Facebook. After establishing a key base through its core app in the early 2000s, the tech giant, now called Meta, expanded its ecosystem through acquisitions of WhatsApp and Instagram, as well as by becoming a single sign-in source for other services. It […]

This site uses Akismet to reduce spam. Learn how your comment data is processed.