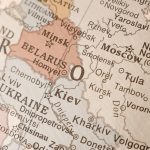 Authorities in Belarus have arrested and detained Mark Bernstein, one of the top editors of Russian Wikipedia, according to local publication Zerkalo. Bernstein was reportedly accused of violating the “fake news” law Russia passed in early March by editing the Wikipedia article about the invasion of Ukraine. Under the new law, anybody found guilty of […]