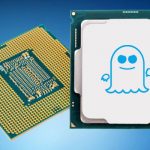 Audio player loading… Intel has revealed several apparent shortcoming in some of the security protections offered by its great rival AMD. The company had recently discovered new Spectre-like vulnerabilities affecting both its chips, as well as those produced by ARM. AMD’s devices were reportedly immune, but while Intel was investigating its rival’s previous patches to […]