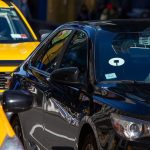 Uber has been especially squeezed in New York, because the city has since 2018 capped the number of ride-hail vehicles allowed to operate on its roads. As of January, there were just over 96,000 vehicle licenses granted in the city, according to the Taxi and Limousine Commission, though 30,000 of them weren’t used that month. […]