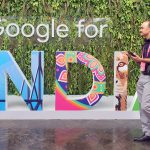 The Competition Commission of India (CCI) on Friday released early findings of an investigation into Google’s app store and its payment system, Google Pay. As Bloomberg reported, it found that Google’s Play Store billing system for app developers is “unfair and discriminatory”.  Back in 2020, Google decided to delay enforcing its 30% commission for app […]