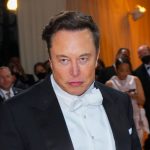 Audio player loading… Elon Musk announced in a tweet that his $44 billion deal to buy Twitter is on hold, due to a report about spam accounts on the social network being fewer than previously thought. This is a breaking news story. We will be updating further. Could the deal fall apart? Elon announced on […]