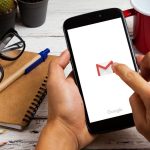 Audio player loading… Google’s Gmail is easily one of the best email services around, but that doesn’t shield the company from criticism – far from it.  In fact, tensions ran high (opens in new tab) in a recent meeting between Google’s staff and Republican Senators after the lawmakers criticized Gmail for allegedly having a bias […]